You know that old dog that lies on the rug quietly? The one that is good around people, minds its own business, and listens real well? The one you’ve grown real attached to because its “just such a loyal creature”. Well that’s me.I feel like my owner came home with a litter of puppies and thought I was supposed to be excited about having company. So I pick my head up and look on in wonder as these crazy little puppies come slowly crawling over to me looking for solice in such a new world. Like any good dog, I stand watch over them, give them a shadow to crawl under, to feel safe.But now them little bastards are biting my tail, jumping on my belly while I’m trying to nap, tugging on my ears, and chasing the cat. Then when they do something stupid, like corner the cat and get all scratched up or piddle on the rug and get their nose rubbed in pee, they come whimpering back for comfort. Well, I’m annoyed with their immaturity and am contemplating several options. One, move to higher ground where they can’t climb…yet. Or two, bite their little behinds and scare the piss out of ’em. Mamma bear hasn’t decided which one yet…goddamn kidsWith LoveRuth UtnageSubscribe, Follow, Interact, Comment and change YOUR communityMail To:Jeff aka Ruth Utnage 823469 C-601-2MCC-TRUP.O. Box 888Monroe, WA 98272or email through jpay.comDOC: 823469Name: Utnage, Jeff (though I am legally Ruth) 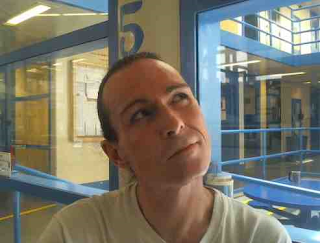