In 2012 I had been in prison for about 18 months at that point and I didn’t mind football. I watched a few teams and, of course, rooted for Seattle’s very own Seahawks. I grew up in Nebraska where I’m pretty sure the American flag flies just below the Cornhusker’s iconic red and white flag. Football is in me. Then I came to prison.

I had my own television and had a few shows I watched avidly. This guy gets moved into my cell and he doesn’t have a TV. No problem, I’ll share mine. It is customary in this scenario (in prison) to respect the TV owners TV schedule. Meaning, don’t ask someone to stop watching what they would normally watch. So this guy tells me he lives, breathes and eats Seahawks as well as every other football game possible. He even told me he won’t accept certain jobs because it might disrupt his football watching.

When I told him I wasn’t okay with him taking over my TV from September to February he threatened to break the TV. Neato.

That in and of itself left a bad taste in my mouth over sports in general. How anyone would willingly opt to go broke, not work, so that they could watch football..umm yeah, no. What’s more is he wasn’t alone. Many people are like this in prison. They watch every sport, all day, non stop. Most don’t work, if they do it’s a simple job with little responsibility because it’s understood, accepted, that when any game is on, they’re gone.

I’ve said it before, some of these guys can spout off the names, birthdays, colleges of, families names and stats of every player on every team yet can’t seem to remember their own kids birthdays. Or that they screwed up and came to prison in the first place.

Wasn’t long after the Seahawks went to the Superbowl and a rumor got started that if they lost the Superbowl some were going to riot. So…we were all locked down for most of the day and when the Seahawks were likely to win we were let off of lockdown. That was it, the final nail in the coffin. Prison officially ruined sports for me.

On the other hand I have earned my Associates, another college certificate in computer programming, been published in an academic journal, helped write whole program curriculums, delivered hundreds of speeches, earned well over 60 speaking awards, served in 3 executive offices, worked my entire sentence, lost 130 pounds, took nearly 20 programs successfully and went on to teach several more, have started 2 websites, mentored dozens of men and women, read hundreds of books (nonfictional)…

Anyone who tells you there’s nothing else to do in prison but watch sports and workout is a liar. The year football died is also the year I chose to separate from the pack and do me.

With Love
Ruth Utnage
To learn more about me, just ask. 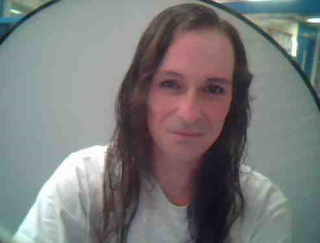