I don’t think people know me very well. Actually, I don’t think people have any faith in me. I think they doubt my ability to be truly successful and it hurts. I was having a conversation with my Mom at visit and I was explaining that my “accomplishments” thus far aren’t accomplishments at all, they were simply a means to an end, I haven’t actually accomplished my true goals, I have merely positioned myself best to take advantage of my opportunities when they orbit by again.I think about it like this, I am on my way to speak to an auditorium full of people and I pull over to get gas. Fuel is necessary for me to get to the auditorium and then I get people saying they are proud of me, all I’ve done is fuel up my car. This makes me think that their expectations are so low of me that the mundane is impressive… how low I’ve allowed myself to sink that normalcy is impressive.It feels like I am Koko the gorilla, she was taught to use sign language to communicate and she did so quite impressively. Scientists learned that Koko had an affinity for cats, she was a gentle giant with them and asked for her kittens regularly, among other things. Cute and impressive, right? But Koko isn’t equal, Koko is simply a gorilla, an animal taught a series of parlor tricks and some seriously simple reasoning skills to use the parlor tricks at will. Impressive, for a gorilla, not a human. Fun to see, even brings a tear to your eyes, but you wouldn’t allow Koko in your home, she is but an animal, unequal. It feels like I’ve been taught how to write business plans, white papers, read academic journals and speak with eloquence and passion and some people are impressed by that. But my point is they wouldn’t be impressed if they understood just how capable I am. Because I am in prison with no access to the internet, library, friends, resources, serious education and am at the mercy of quick 2 minute orated Google searches when phone time allows between “I love you” and “I swear you won’t regret talking to me” to get basic information to do the basic stuff I’ve done so far. Do you have any idea what it takes to conduct market research on any topic? If you only knew…I am only filling up my car and if someone loves me, if someone believes in my potential…true potential, they won’t be impressed that I’ve used the past eight years to improve myself and should be saying “Great, but how can I help you achieve your actual goals?” and “don’t stop now.”I don’t know…maybe I identify with Koko the Gorilla more than I’d like to admit, a gently dangerous animal who has been completely submitted and all we want to do is Iove something and if these slave owners want me to learn some dumbass hand signals and speak to them in their language, as if I don’t have my own, I’ll do it because maybe someone will be my friend finally. Before I was educated I was blissfully unaware of my captive state and the rib jabs of complete submission didn’t hurt so bad. But then I learned to communicate and have become educated, to the degree I’m allowed, now I understand full well my captivity and more to the point, my utter loneliness.Koko loves you…Subscribe, Follow, Interact, Comment and change YOUR communityWith LoveJeff aka Ruth UtnageMail To:Jeff aka Ruth Utnage 823469 D-610-2MCC-TRUP.O. Box 888Monroe, WA 98272or email through jpay.comDOC: 823469Name: Utnage, Jeff (though I am legally Ruth) 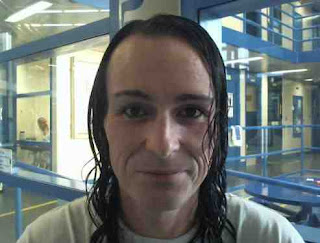