What caused me to commit my crimes? Simple question to ask, right. You would that there are lots of people who would want to know why I did what I did. But guess how many times I have been asked that question? Zero. Oh, did you want to guess? My bad.Washington is what’s called a corrective state, as opposed to a punitive state. The difference is punitive is simply acting like a punishment, while the other “fixes.” This is highlighted by the fact that all but one prison in Washington are officially Correction Centers. The exception is Walla Walla State Penitentiary. Other differences are in leadership structures. Prisons and penitentiaries have Wardens, the overseers of punishment enforced by militaristic guidelines. Correction Centers have Superintendents, which are the overseers of rehabilitative and educational facilities, like schools and hospitals. Their job is not to punish, it is to ensure rehabilitation is occurring.Armed with this view, now, how many times have I been asked “Why did you commit your crime?” Zero. That number, zero, should have everyone outraged, after all, your paying for it. As the public your paying for…zero. Good job, money well spent. Your paying a correction center to correct nothing. Good job. BTW, I have a rehabilitation program that is court mandated I take, guess what they told me? They didn’t have enough money to give it to me. Now, I will get the treatment, even if it means I have to serve more time ( but at $20,000 a year to house me, it is less expensive to give me the treatment).Or…You can continue to pretend that none of this happening. But, if we used the knowledge that one little question provides, how many victims could be prevented? With LoveJeff “Jeffebelle” 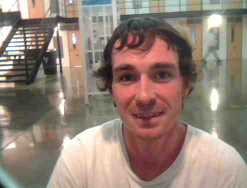