The “convict code” is a term used to describe expected behaviours of prisoners. It is universal and no matter what prison you go to there are basic rules you are expected to follow, here are the lion’s share of them:1. Don’t talk to police2. Stay within your race, on everything3. You are not to walk away from a fight4. Fight when you are called “punk” or “bitch”, period, no exceptions5. No making noise between the the hours 10 p.m. to 10 a.m. (known as 10 to 10)6. If someone is being hurt, in any way, act as if it’s not happening7. Respect “shot callers” (prison gang “leaders”)There are other ones, but these are the important ones. All of them have some purpose to serve the prison hierarchy system. I do not know where they all came from, I have good ideas, like the 10 to 10 rule, this is both from open bar cell blocks where if you make a noise the whole tier hears it, remaining quiet during sleeping hours is a must. But how these became to be commandments is beyond me. As you go to different custody levels, like going from maximum security to minimum, these become much more pliable. Like the punk/bitch rule, not nearly as offensive in minimum custody. What does remain of the convict code is the attitude. Its the signs of aggression that remain. Guys want to put on tough acts in a place filled with people who just don’t want to fight.I am on a special needs yard, which is for sex offenders and gang drop outs. This prison is unique because the levels of violence are extremely low in comparison to other prisons. This is due to the general humility of the inmates because coming here means you have gone against the convict code. Coming here means you reject the rules of engagement for prison and embrace normal societal behaviours. This is intolerable for those wrapped up in the classic inmate mentality. This is the difference of inmates, one group practises normal societal behaviours while the other rejects it entirely to embrace a life of extreme violence. We are easy to spot, the difference is clear as day and night. It is so obvious that it boggles the mind why prison officials wouldn’t do a better job of separating us. Those who want extreme violence should go to maximum security where they are handled efficiently and can learn to tire of such nonsense, while those who want to change now and are willing to work at it should go to prisons where this change is nurtured and fostered into full rehabilitation. Ask yourself this: Of the two groups, which do you want back into society?Now ask yourself this: Why isn’t your government allowing that to take place? Why aren’t prisons making this simple and obvious distinction and nurturing normal societal behaviours?With Love Jeff “Jeffebelle” Utnagewww.lgbtqprisonsupport.com 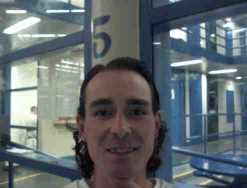