I recently drank the Toastmasters kool-aid by becoming a member, and an officer in the club. I was opposed to Toastmasters because I was under the misguided impression that they teach a set of parlor tricks, which is far from the truth.In fact, before I go further, let me say that even if you are an experienced speaker, like myself, Toastmasters will challenge you in a way that exceeds your current ability, guaranteed, because we can glean experience and expertise from everything. I did not join Toastmasters because I felt I could learn anything from the process, no, I joined because it gave me a trained audience to work with, consistently. My life’s goals are to work in Human Resources and the Nonprofit sector, which will require lots of public speaking. Additionally, I will be speaking publicly to get folks involved in their communities. My entire future rests on my ability to motivate a crowd. However, something happened I wasn’t expecting, I learned. That surprised me. Not because I think I know it all, I don’t, but I did feel that there was no need to learn other styles of speaking because I didn’t know they existed. I delivered my first three speeches and turned a lot of heads, then a friend and personal mentor of mine (Mr. Andes, he writes here from time to time) said to me publicly “We all know you can deliver great emotionally motivating speeches, we already know that, but you’re here to learn, I challenge you to make us laugh, deliver a comedy speech.”In my head I laughed, then out loud. Why, why would I waste an audience on not accomplishing anything at all. I don’t WANT to do anything that doesn’t work towards my goals, nothing. Making an audience laugh just so I can learn to do has got to be one of the most awkward and uncomfortable and ridiculous wastes of my time I can think of. Why, I would rather piss on an electric fence and see what that does before I’d ever think of speaking publicly for the sole purpose of comedy. Not that there isn’t room for comedy, comedians are needed in this world, they are vital, but I am not one. Having said this, I am going to deliver a speech this Sunday with the sole purpose of making people laugh, because I am so uncomfortable with it. Anything that produces that kind of reaction in me is a clear alarm that I am afraid of it, afraid of the change and I despise that in me more than anything, fear. Being afraid of change is what led me to prison and I simply won’t tolerate it in myself, not now, not ever. So I am going to make an audience laugh, and I am going to learn how to do it by doing it, with an audience that is giving, caring, and informative. My peers. That’s perhaps my greatest revelation in all this, I have become really good at admitting I need to change and then putting in the work to do so, in that, I will not waste an audience.With LoveJeff Jeffebelle Utnagewww.lgbtqprisonsupport.com 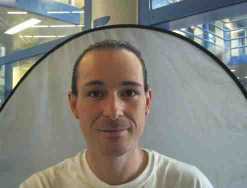