Would you consider imprisonment a crime against humanity? I would. I committed a crime, yes. I knew the punishment was imprisonment, yes. Yet despite that, I still committed a crime. So has over 2 million other people who are currently incarcerated. I state that because if imprisonment in its current state was effective, then prisons would deter criminal behavior. Prisons all over the United States have the option, at any time, to implement policies that would effectively eliminate recidivism rates. Since upwards of 60% of inmates are repeat offenders, I would think you as the general public would demand better results..seeing as how you’re paying for this service. However, we are given labels by “experts” who have never spoken to most of us. Labels that deem us violent, or likely to re offend. However, it doesn’t take an expert to know that 60 out of 100 inmates nationally will commit another crime and if you label the majority high-violent, you would be right more often than not. The important element of the recidivism that goes unnoticed is the role of the prisons staff. I mean on all levels in all prisons. The theme is getting tough on crime, make this place terrible to be so people won’t want to come here, deterrence. What is so hard to understand about this doesn’t work? How many times must you bash your head against a wall before you figure out your head is not a good wrecking ball? If prisons being scary as hell prevented violent acts, it would have been done already…wouldn’t you think? We could say, let’s make them tougher, scarier, add military regimentation etc. Make things even more psychologically disastrous. Hey, we’ve done that already. It didn’t work then, it won’t work now. So what’s the answer? First, hold prisons accountable, and by prisons I mean the people that operate them…and not just the governmental level. Often times a Senator comes through a prison and the local staff go through great lengths to make sure they seem altruistic. When in fact, most of these cats are your everyday, average Joe who just wants to come in and get paid. When they are having a bad day, we all know. Seems fair…Until you understand that these “average Joe’s” have limited interest in my psychological well-being and have almost no training in the long or short-term effects of abuses of authority… or what abuse of authority looks like. All they really know is make sure we follow the rules. Most of which are responses, extreme responses, to lawsuits or revenge for the action of one. Most of which wouldn’t have been necessary if rehabilitation was the core motivating factor. But its not. Keeping me within this razor wire is the core motivating factor and by doing so, the community is safer. But about when I get out? What resources are available to undo the damages and unnatural psychosocial behaviour prison produces? What did prison do to help? There is so much that could be done that would save billions of tax dollars and millions of victims. But instead, prison staff has the country convinced we are not going to change and they have nothing to do with it. Wrong, prison staff have a 50% stake in every victimization that occurs from recidivism because everyone of them is a result of their inability to rehabilitate and manage the funds given to do so.But hey, at least I learned that giving my neighbor a meal is a criminal offense…ahh, rehabilitation at work. You, the community are now safer because I cannot lend a single scoop of instant coffee to someone who could use one…because that’s the focus of rehabilitation.With LoveJeff Utnagewww.lgbtqprisonsupport.com 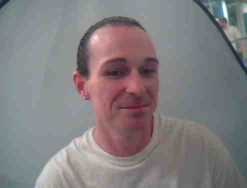