Expect to hear a lot about make up in the next few months because your girl just got her first shipment of make up in this male prison! Yup, Washington State is leading a very humane stance by allowing us trans women in men’s facilities to have make up! So, today was my first self taught lesson: Don’t wear mascara to the gym knowing you have to shower afterwards. Soap and water gets makeup off well, but that sh*t burns my eyes! Loving the process and looking forward to getting more! Can you say expensive?Oh, guess what didn’t happen? God didn’t strike me down with fire and brimstone, nobody’s tried to pin me down like wild monkeys, the world hasn’t ended, its not raining frogs or anything. I think its safe to say, “Chillax ya’ll, it’s just a little eye shadow”With LoveRuth UtnageSubscribe, Follow, Interact, Comment and change YOUR communityMail To:Jeff aka Ruth Utnage 823469 D-610-2MCC-TRUP.O. Box 888Monroe, WA 98272or email through jpay.comDOC: 823469Name: Utnage, Jeff (though I am legally Ruth) 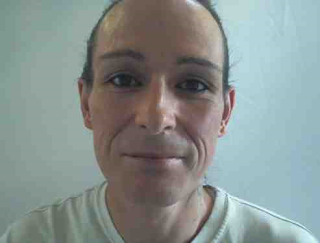 Make-Up!!!! I put on my first make-up in prison, I kept it light, you can barely tell, but it’s there!!!! Mascara and Eye-shadow (light browns and a goldish brown)Is it weird looking?regardless, its historic.Here’s to making history and progression.Ruth