I struggled at an early age with the thought/feelings of being forgotten. It was the one constant that followed me around. Yes, being forgotten as if I never existed is the one thing I feared most. Was I the only one??At a young age, two kids I knew died in a car crash on the way to school. They were brothers. Not long after that, another kid I knew was killed in a car wreck. The memory of seeing dead kids expressionless in a coffin had a cruel effect on me. A deep internal battle began, lost in misty misguided misery, marooned by addiction.I can pin point were this unwanted fear came from. Shortly after their deaths, life for everyone returned to “normal”, but not for me. I remember being extremely angry with life and death. My outlook became daunting. People forgot them, they were no longer present. I did a whole lot of vandalizing.I set out knowingly trying to fill a void with anything that felt good. I continuously pondered if I died, how long it would take for you to forget me. I hated not having something to do, I had to be around others for fear of being forgotten. It was taxing. Soon I just didn’t give a **** about anything other than sex/sex/sex/sex/sex/ being extremely reckless, and getting wasted.This behavior became a fast moving river spilling into an ocean where I spent years drowning in codependency. Being a teenager was rough. I woke up one day upside down, shattered glass in my mouth, car smashed to bits, massive pain “help! get me out!” I was a passenger, they left me there??Subscribe, Follow, Interact, Comment and change Your communityWith Love,Marshall Byersmail me atMarshall Byers 769274 D-310-2MCC-TRUP.O. BOX 888Monroe, WA 98272email me through jpay.comDoc # 769274Marshall Byers 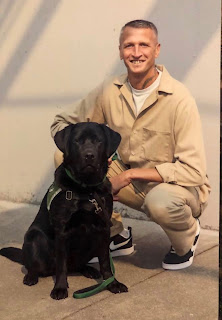