Once upon a time there was a young boy who lived on a street near a forest. There, deep In the forest lived three supernatural families. Yes, that’s right, supernatural. As long as this young boy could remember, there has been a trail leading to their warm and welcoming front door’s.
Okay, okay, this young boy was me! I could talk about this wonderland all day, but I’ll save some for later. Look, I should have started out with… there once lived a girl, that somehow put a spell on the young Mr. Byers. Here are the fact’s. If anyone can think back to being a kid, how many of you contested and spoke out loud about not wanting to be babysat? I was the only youngster to object. I somehow convinced my parents that I needed a babysitter. Her name was Myriah Griggs.
Oh yeeeeaaah. She was/is the kind of girl then, woman now, to somehow make my eyes go swirly. I mean completely coo-coo. I day dreamed a little to much as a boy. I had to be extra careful, (and this was light years before the danger of walking while texting) because I could have stepped right off a cliff if I wasn’t paying attention while thinking about her.
The very place in the forest where Myriah cast a spell on me all those year ago, is now currently being bulldozed to make room for a new house. And guess who’s moving in! Could it be that life is so tantalizing and unbelievably magical to bring about this plot twist??
My question is this: If I “somehow” sprain my ankle, or “accidentally” bump my head and fake amnesia, would Myriah still be under contract to take care of me? Because my parents still have the signed agreement from the 80’s, stating that Myriah will take great care of young Marshall Byers. Technically, it does not determine what young is. Heck Yeah, daydreams do come true!
Subscribe, Follow, Interact, Comment and change Your community.
Xoxoxoxo’s
Marshall Byers 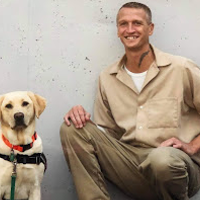