I was talking to the psychiatrist overseeing my transition and we got into the debate of prison turning people gay. He seems to believe that it is a stone cold proven scientific fact that prison turns people homosexual. With all due respect, he’s wrong. This is the problem with “experts”, they only get a glimpse of reality and then publish information on it then spread it like the cancer it is.First, men masturbate. They will use socks or other objects, they just fill holes like monkeys. If a man uses a sock does he then qualify as a “cotton sexual”? What if he does it only in the shower, is he then a aquaphile or water-sexual? I think not. When a man does this deed he is thinking of whatever is in his head, the fantasy, what his..ahem..unit is in, is irrelevant. When an inmate has sex in prison and doesn’t “remain” homosexual upon release, he/she was never gay to begin with, they were simply a step up from masturbation, filling a hole hands free. Granted, like monkeys, but that’s the truth.You see the difference between homosexuals and monkeys filling holes is the predetermined ability to like it. It’s the attraction and fantasy of same-sex intercourse and love that one cannot “choose”. That’s the difference, one has the choice to be attracted to the opposite sex, the other does not.Subscribe, Follow, Interact, Comment and change YOUR communityWith LoveJeff aka Ruth UtnageMail To:Jeff aka Ruth Utnage 823469 D-610-2MCC-TRUP.O. Box 888Monroe, WA 98272or email through jpay.comDOC: 823469Name: Utnage, Jeff (though I am legally Ruth) 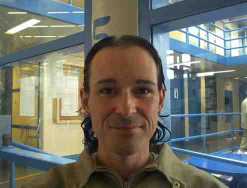