Have you ever had someone attribute your words to someone else or felt that your opinion is not valued? It feels awful to be in a group of people and have someone not take you seriously, as if you have no opinion worth listening to.Women have experienced this for a very long time at home, in the work place and everywhere else. Now it happens to trans people by men, women, and the LGB community alike. Whether we like to admit it or not humans can be a very judgmental species, especially when we don’t understand or identify with someone. I am not going to spend any time trying to shame or guilt anyone, instead I want to invite you, as a human, to do a heart check. Is this something you do? If it is, no need to be defensive, I am not judging you, nor should you because I have done this as well. Maybe it wasn’t to a trans person, but we have certainly done it with others – at least once in our lives. It has also been done to us. When it does happen to us it chips a little of our shoulders, maybe we hide it well, but we certainly don’t like it when it happens (surely we can agree on that). Here is something you can do from either endIf its being done to you:Tell the person, privately, that you feel they didn’t take you seriously and then ask if they meant to make you feel that way? You’d be surprised what a little directness can accomplish. If you have done it to someone:As soon as you recognize its happened, say something, because it may have been accidental on your end. Own the moment, by doing this you will earn the respect of everyone who witnessed it. Because when we do this to other people in front of other people, everyone thinks this may happen to them.I wanted to let people know that though we may have an unintended impact on our surroundings, we do have an impact. Why not lessen any negative effects?With LoveJeff Jeffebelle Utnage 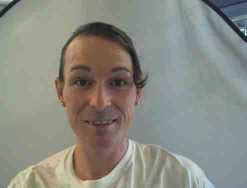