Aha! Moments     by    Ruth UtnageI imagine most people have had their aha! moment in life, some point where they realized that something had to change. If you’re anything like me, you’ve had many. I remember one particularly impactful aha moment that happened in December of 2012, I had been in prison for about 16 months by this point.I came to prison with the idea that I was going to get tattooed, a bunch of them. In fact, I planned on getting suited (which is when you body gets covered except feet, hands, and neck up). I had plans for nearly every square inch of my body and it excited me. At one point I received a letter from my mom that contained letters from my two youngest children. One of them said (in handwriting only a child could create, beautifully) “One fish, two fish. Red fish, blue fish. Dad I want to go fishing with you. When are you coming home? When are you ever coming home? Do you remember me?”Then he signed with a picture of two stick figures fishing off of a boat, he added “your son” with a little arrow after “do you remember”.This tore me up inside. All I could get was updates about my two youngest and supervised contact as long as the foster parent was willing. (This is not the case anymore.) Getting that drawing was painful. I felt I deserved to feel that pain though, I had that coming. So I planned to get that whole piece of paper, precisely how it looked, tattooed on my rib. My other sons on my other side. I was super proud of my decision. I knew getting tattoo’s was wrong because it was against the rules. But I justified it, like any other rule I was breaking at the time. Actually, how about the truth, I just didn’t care what was right or wrong. I made up my mind to get my body covered and wasn’t nothing going to stop me, my only hang up was what was going where and by who. I had already made arrangements to get my back done first. I got “Bondservant To Christ” in big Greek letters across my shoulders. Below that is a demon with his wings torn off, chained by his hands and neck with the chains going into my back, kneeling with his hands outstretched toward the letters. It is unfinished. That’s as far as we got before we had to take a break. My back was still bleeding when we got caught. I had two tattoo motors and set-ups on my shelf that the artist had set there while he inked my cellmate, plus ink. I was also making soot for another round (which means I made an oil lamp and it was burning when they got caught) when we got caught. I needed a break but my cellmate was ready to go for his, so I left, 3 people in a two-man cell is one to many, besides, they were smoking, which I hated (and still do).I was hit with two major infractions, serious violations that could easily prevent me from getting out of prison later on down the road. I didn’t care, I was actually proud of them. I was already thinking of my next piece. I called my Mom and told her I had gotten two majors for tattooing, proud and arrogantly. I didn’t know I was on speaker phone. I didn’t know my son was in the room when I announced that my next piece was going to be that letter “because it meant so much to me”.Then, my aha! moment. I heard my youngest ask my Mom “Didn’t Dad just get in trouble for that?” “Yes”“Why can’t he do the right thing?” he says. It stopped me dead in my tracks. My head sank down with the phone. Then he spoke directly to me “Why can’t you do the right thing Dad?! You always do the wrong thing.”It wasn’t an accusation but a simple truth. It stung so bad. I vowed right then and there I wasn’t going to get into any more trouble. That I was going to do the right thing. Ain’t nothing like that pain, of hearing that little boy wonder and realize why his father was so fundamentally broken, such a hypocrite. I didn’t like that pain.That was 8 years ago. I still have an unfinished back piece. I stopped dead in my tracks. I have not received an infraction, minor or otherwise, since that day. One of many moments of change in my life. How about you? Any aha! moments coming to mind? I’d love to hear one.With LoveRuth UtnageContact Info:To contact me you must be a humanist…“A real humanist can be identified more by his trust in the people, which engages him in their struggle, then by a thousand actions in their favor without that trust.” (“Pedagogy of the Oppressed” by Paulo Freire ) 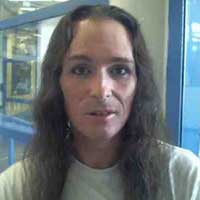