How Prison Impacts The Transgender Population by Ruth Utnage

How does prison treat the trans population? We're the dirty secrets, the guilty pleasures, the sharpening stones for flirtatious banter. Right now we're the group that many love to hate. I am in a mostly safe place but I am highly sought after. Men get zealous about it, almost obsessive. Like, there's this 72 year old black dude, at one point he put a bar of soap in a sock and tried to beat one of the other girls here- though, she wasn't liked by staff and when he claimed she was racist they moved her and kept him. The truth is he had been pursuing her for months and because he's mentally unstable she got scared and tried to use verbal aggression to hold a boundary with him, escalating tensions and it eventually led to an altercation. Now that same but job is being weird with me.Like, the other day he walks up to me ( now, mind you I NEVER look at this man, intentionally, I do not speak to him, I do not lead him on, I avoid the shit out of him because he makes me afraid) and gets right in my face with this really intense stare and says "You know what all of you need? A good ass whoopin'!". Then walks away. Just the day before he came up to me and said and I quote "One of these days I'm going to drag you into my cell and make love to you."eww.My reply was, and I quote "NO YOU'RE NOT!" .He proceeded to tell me how aggressive I was and that I was racist.Whatever, as long as he leaves me alone I don't care what he thinks.But the problem is I can't even report it. It's all here say. No "proof". It's just my word against his and the likely scenario is I will be moved to keep me "safe". Which removes me from my peer support and puts a lot of stress on me. Plus, because there is no evidence other than my word, it will be "unfounded" and since he's already attacked one of us I am afraid he'll try to get to me on the breezeway or something.... the man's crazy.But he's just one, you know. There's one or two in every unit, in every wing, in every prison. I've been facing this for a decade. I don't shower without a lookout, I always have someone watching me to intervene if he gets physical, if I'm removed from this place I no longer have that safety. You see what I mean? Typical shit. I am just one. I understand the social dynamics of how to deescalate a situation and keep it sensible. Not make any sudden moves that alerts the predator within the other person, remain nonthreatening. As long as he's in here with us he's not hurting nobody. Move the crazy ole bat and who knows what he'll do. At least in here with us he's just angry and not violent.I got 8 months left, I just want to go home.To support my release fund, please consider my gofundme at the link below:https://www.gofundme.com/f/support-ruth-utnages-reentry-after-prisonWith LoveRuth

As always, feel free to write. 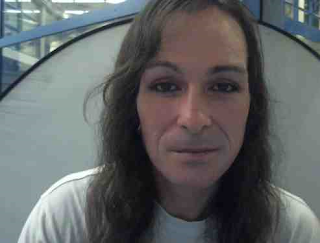