A more Human Me. by James Goodwin

I have discovered something about myself.

When I feel betrayed, powerless or harmed I take pieces of myself, who I am, and discard them. I think it makes me feel new. As if the person who was hurting is no longer me. No longer vulnerable.
I am a creative. That is my core identity. I have painted, drawn, written, beaded and at one time or another I have thrown each of these things away.
I no longer draw, paint, bead, tattoo, etc.
Something happens that leaves me exposed, that hurts me or causes me to feel weak, I take something I love about myself, some part of who I am and I kill it. I get rid of everything that is a part of that aspect of self and I move on. In this I feel new, less the version of myself that was hurt and when I ran out of creative expressions of my self to sacrifice I begin discarding hobbies.
I never recognized that I was doing this. until today.
I recently got into playing magic the gathering and as the cards are not allowed in here we make our own and the construction of hand made decks was more fun for me then playing because it incorporated so many creative skills that I enjoy. I just gave away everything to do with this game I enjoyed, hundreds of hand made cards that represent hundreds of hours of my life.
Obviously something has happened in my life that leaves me feeling hurt or powerless or some other crippling human emotion.
I was talking to my little sister about my theory of what I call the 'Incarceration Infection'. The ways in which long term imprisonment infects and poisons the incarcerated individuals ability to create and navigate interpersonal relationships. Especially those incarcerated individuals who began their imprisonment as juveniles, who literally grow up in prison like I have.
I think that this tendency to 'kill' pieces of myself is a symptom of my Incarceration Infection.
I think that when all the 'stuff' has been removed, I will most likely begin fleeing from the people in my life. I will distance myself from them. I should probably figure my stuff out before I get to that point.
When I was growing up in prison. Everything and everyone was an influence towards self destruction. I became less and less a 'human me' and withdrew from hope. I learned to love being in solitary confinement for years at a time because as I became more and more a nothing it was comfortable to have nothing.
I feel that pull towards nothingness now.
Because hope can hurt.
Especially when big pieces of that hope is represented by people and relationships that leave you vulnerable.
I just used the following analogy to communicate how I felt to someone very important to me:
I feel like we are standing side by side holding up shields for each other, protectively, against the world, and you keep lowering yours leaving me vulnerable to danger.
So I have communicated this, now what do I do?
Where do I go from there?
In the past I would dehumanize myself, withdraw from the world and embrace hopelessness.But whatever changes I have made to myself over the years won't let me walk that path anymore. Won't let me go backwards. I should be happy about that I guess, happy for this evidence of positive progress in myself, but I'm not.
It hurts.
Like holding onto fire.
Maybe that is what it means to humanize yourself and in doing so humanize everyone else.Holding onto fire, bearing the pain of terrible situations because letting go would mean defeat and if you can just bear the flames long enough then maybe the horror of burning flesh will become something new and beautiful.
Maybe when the fire dies out and the smoke clears the struggle to hold on will have forged something worth having hurt for.
A more human me.
James 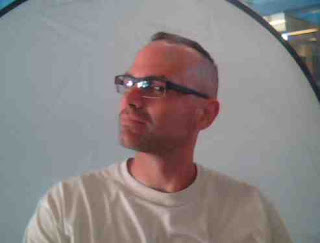