Come around high school, I was on top of the world. Varsity football, varsity wrestling and I was a junior dating a senior, you all know the feeling, nothing could stop me. Then I tore my MCL in my left knee during a wresting match, benched while the world moved ahead. Then on the last day of my junior year I was informed that my high school sweetheart was seeing someone else. I was the last one to find out, yet again. A surgery later, I was introduced to percocets and vicodins. I loved them. That summer I tried getting a part time job when I learned I couldn't get a regular job because my family is illegal. I wasn't like everyone else. Come senior year I had repeat injuries and no surgeries. I coped with prescriptions of course. This went on for several years. I would use for weeks straight and sober up for twice as long so the affects would hit me just as hard as they did the first time. I was working several odd jobs and payed for two years of community college while living at home with my parents. I studied being a mechanic. That AA degree landed my first real job at a real dealership. I say real because thanks to Obama I was able to get my work visa. The Dream Act...

At $15 an hour I was finally making good money in comparison to pennies. I was honored to work for such a company and the man who hired me. My loyalty scores are beyond those of normal, especially to those who include me. Unfortunately, I was blinded by addition and a prosperous future that led me down the path that I took, that I decided on, that I ultimately chose.

Six months into the job, a raise later and not knowing what exactly was before me, that man asked me to help him get away with murder, for a lump sum of money. The chemical imbalance in my body didn't have a problem, but the fear of going to the police and possibly losing everything I had worked for, and to get it all revoked for being involved, was stupidly put away.

In February 2013 I took something that wasn't mine. I took someones mother away and destroyed many lives along with it. I robbed a community's peace of mind. My family had risked everything for me and my brother for a chance at a better life and I threw it all away..

This isn't my excuse, this isn't a pity story, this is just my story. I am doing anything and everything possible to prepare for a brighter future.

I am a Toastmaster, REACH facilitator, Level 4 clerk at CI Commissary and a Defy EIT. I work out almost religiously, cook some amazing prison food and keep family and any friends close.
I've been dating a beautiful woman for over a year now and she has given me so much hope I didn't know I was missing. Out of all of these that I juggle on the daily I have to say if it were not for Defy, I would not be taking the necessary steps to moving on and learning how to forgive myself.

For the last 7 1/2 years I have been begging everyone for forgiveness and I've failed to ask the man I've been struggling to lock eyes with in the mirror. With Defy I've found many like minded friends, not individuals, who only wish to see others succeed and I can not thank them enough for trusting me and giving me a change to share what I have to offer.

I have no idea what I am doing but I pray and hope this is the right thing to do, a vow I will keep alive in hopes I can change your perception and maybe even your life. 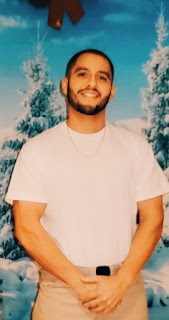