I'm pretty active in mathematics. Yup. Fortunately I realized early on in my sentence that I could learn anything while in prison, and so I decided to become a mathematician. Here are some rumors that have developed over the years, along with the truth or falsity behind them.
1. I am a genius.
First, just hearing this makes me feel weird, AND it is far from the truth. I know geniuses, and that, I am not. I think this comes from living in a prison full of math anxiety victims. I am very good at mathematics. I made some math and as a result, I belong to a research group in Italy, but that is the job of a mathematician. I'm no genius. I do what non-genius mathematicians do. Just ask me anything not math related, and I'm as bright as any normal person. ..probably dumb to some.
2. I dream in calculus.
I like this one. I heard this a couple years ago. Okay look, there is a shred of truth to this. It's not like it sounds though. Several years ago, I decided to learn lucid dreaming because I thought that if I could become conscious in my sleep, then I could let my subconscious and conscious interact together on math problems. I felt like If I could fly and do magic in my sleep, then why not some cool math? How cool would it be to make new math or do research while you sleep, then wake up to work on the same thing in a different mind frame? Anyway, I worked at this for some time, and I actually studied some math after going lucid a couple times, but it was not what I expected. I wrote my memories down afterwards, but I still remember it all very clear.. In one instance I dreamed of the continuum. This is the real number line. I definitely gained a deep connection and understanding of it, it impacted me for sure, but it never brought me to any breakthroughs. The other was a little embarrassing, and so I'll leave it out. I plan to do this again when I finally have no celly to disturb with the timing of my REM cycles, but for now, I have the knowledge that it's possible to consciously work together with your subconscious on math. I want to go deep with this someday.
3. I can calculate anything in my head very fast.
Yea right. No. I'm no calculator. While I can do some stuff in my head, I'm not very quick. I'm not into that human calculator stuff. That's considered recreational math. I'm into group theory, not recreational math.
4. Photographic memory.
If I had a photographic memory, I wouldn't need to memorize hundreds of definitions for my studies. This takes me a long time. I think I have good long term memory, but I practice to strengthen my memory. I began practicing my memory because I was convinced I had CRS (can't remember shit). I began reciting digits of pi for a contest at a math event in the prison.. My mentors were flying in from Italy to attend and so I decided to memorize a crap load of digits in order to impress them. I memorized exactly one thousand one hundred eleven digits which took me about 14 minutes to recite with no mistakes. Everyone knew I'd win. The other contenders had only about 450 digits memorized. When it came time to blow their minds, I began by letting the judges know that if I went to fast, please, to let me know. I began perfectly.. but at digit 73, I froze and choked and forgot where I had stopped. I accepted my loss and later began attending more public speaking meetings to help me with stage retardation. To this day, I remember over a hundred digits of pi.
Christopher
Subscribe, Follow, Interact, Comment and change YOUR community! 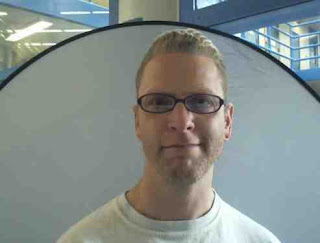