Our Gay'ly Bread: God The Husband, Not God The Master

I was reading the old testament book Hosea. I don't know if you've ever read old testament scriptures, but I would urge you to read it with fresh eyes at least. (I read the daily Proverb, whatever day of the month it is I read the corresponding Proverb; I read one old testament and one new testament chapter a day...usually)

Hosea is a special book because in it God deviates from what the Israelites were accustomed to. God did something "new." He instructed Hosea to marry a prostitute. Think about it, in those days if you commit adultery it's grounds for being stoned. Fornication was forbidden. So for a prophet of God to marry a prostitute was no small matter. It must've been one of the biggest scandals, I suspect.
Hosea does marry the woman and has children, which were named strange names. (see chapter 1) Then God used the marriage and children as parallel for His relationship with the Israelites.
In Hosea Ch. 2:16, God explains what kind of relationship He wants with us. He says "'And it shall be, in that day,' says the Lord, 'That you will call Me My Husband, and no longer call Me My Master...'"

This chapter is not about jealousy, as I have heard so many pastors screech. God is jealous in the regard that He loves us, but not jealous like a childish husband. He is clearly hurt in these scriptures, not jealous.

We as people have a wide range of emotions, so does our Creator. I like His scriptures so much because God proves that we don't really know Him at all. Contrary to what so many so-called "men of faith" claim. God deviated from the rules His people depended on and demanded, because He wanted to show us that He is in charge, He just wants our love.

It seems to me that God uses the LGBT community in the same way. Were different, just the way God likes it!

We are proof of God's mysterious love. 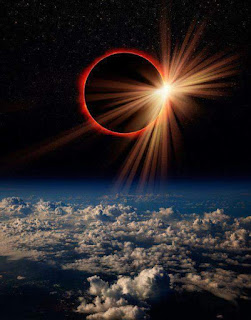